March 25, 2014
The day when our result was out I found that a group of students from my class was discussing their result. They asked my result too(that was really embarrassing). A guy then asked who is the topper of the class? someone told a name of a girl which I never heard, he added she is the same girl who topped in last exam. Then that girl became center of the topic. one guy said she's having more than 90% attendance that's why she's topper, other guy said 'whenever i see her she's with her books' then everyone started adding their points, they gave me about 10-15 reasons why she's the topper. Then at a point every reason went in oppose of her. Everybody started saying that she's having full attendance because she don't have anything else to do. She's a bookworm, she's having no practical knowledge. she's soo boring. she's so inactive in other things.................etc etc etc And then they realised the conclution of the disscusion, and that was 'agar hum itna padhenge to hum bi top kar lenge, koi bi itna padega to koi bi top kar lega, there is nothing special in this.'

That was partly correct, everyone has the ability but very few can do stuff like that(to be at the top of something). what make them to do that?  i think the reason is DETERMINATION. I really wanted to ask every guy in that discussion that "if you really can do that, why are you not doing?" Par mene nai pucha, you know why? because i know they cant do it. They cant give everything it takes to be at the top! She's not doing that because she don't have anything else to do, she's doing that because she want to do it.

I go to the gym, there are some guys having perfect physique, and i know the reason why they have that. They are working for it for about 5-6 years. Agar me 5-6 years ke lie exercise karu to I too will have a perfect physique. But doing same stuff for about 5-6 years????????????? Don't you think this is too much! well lets take a bigger example I once saw interview of worlds best body builder. He's working on his body since he was 12 years old, now he's around 30. He has to follow a perfect diet, no fat, no sugar, not even spices! He works in gym for about 8 hours a day, everyday. From so many years he's having same routine, same food.........................the only thing which makes him to hold this is DETERMINATION. Everyone has ability to do this, but no one can do this, and the only reason is determination!

I am a bboy, not a good bboy but still I can do some basic things so people call me a bboy. Many of my friends and my dance group members ask me to teach some of the tricks. And I teach them very calmly. They just try to do and then they give the reason that they are unable to do this and to teach  something else. I want to tell them that its not what you can do by just trying, you have to practice same thing till you can. You will not be able to do any thing for many months but you have to keep practicing. And the only reason what makes you to hold everything is determination. 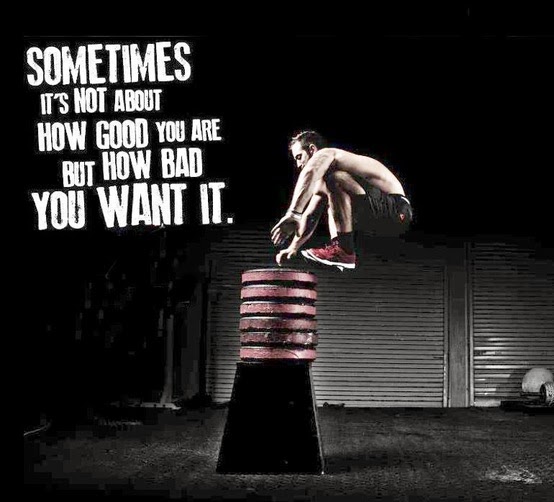 I want to tell every person who think that they can do it- yes you can do it but only if you are determined to do.