On the Edge: One of the most Inspirational Stories


A mid-aged man, tired of doing same things for a decade, became despondent due same thoughts. 5 bad minutes exploit the whole day. This man was having 9 bad hours, everyday. It could have been different, if you were a little courageous. The only thought running in his mind, dispirited him to become tedious.

His wife, tired of his abstracted and forsaken behavior, decided to send their 12 years son to boarding school. Missing a child would be better than etiolating him, she thought.

The boy whereas unwilling to leave his home cried before his mom. Realizing that his mom is the instigator of this decision, he goes to his father to tell how scared he is. Totally agreeing with his wife’s decision, the man tries to convince the kid to go at a better place. “But, what if I don’t want to…” utters the kid. It’s better for your future, you will be in a far better school than any school in this town, you will be surrounded the students like you, who want to achieve something great, and you will be tutored by the wisest teachers. “But, I am scared.” “Are you scared because you don’t want to go, or you don’t want to go because you are scared?” Man said. “After years I spoke something witty,” He thought and smiled within.

“I don’t know, but I am definitely scared.” Man could have ignored this situation like he always did, but out of the blue, his nerves were refluxing.

To save his kid from doing the same mistake he had done, he decides to motivate him. Come son, I will tell you one of the most inspirational stories (should I fake “my father told me?” he thought for a sec), perceiving that he will never get such moment, he finished with a deep and low voice “my father told me!” A story, which will motivate you get through all this.

One of the Most Inspirational Stories (As the father says)

Once, there was an eagle, the fastest bird that could disappear in the sky. She had a son, who was growing stronger, soon to fly for the first time. Since his childhood, he dreamed about flying. But he didn’t know how to fly. He became big enough to fly. His mother knew it was his time and he could attempt for it anytime. The kid on the other hand was too scared (“Just like you,” he was about to say this but saved it from making it overdramatic). He asked his mother how should he fly, and what if he fails? No, the mother didn’t tell any inspirational stories to that kid. Instead, his mother said, “It’s difficult to teach, you will learn when you will jump off the nest.”

The conscious of that kid refused to accept the fact that he will learn himself, that too while falling down on the land. Just a few seconds window, if he fails, he dies. He was physically prepared, but mentally, he needed some more time. His mother on other hand enjoyed her long flights every day.
Frustrated kid, says his mom that he desperately want to do what she does, but he is too scared. His mom holds him in her claws, and takes him to the highest branch of the highest tree in the forest. Shit scared by the height itself, the kid asks what (the hell) is this? She said, “Now you will get more time to learn. Stunned by her words, he understood now is the time to collect all the courage he could. But, he didn’t want to fail and die in front of his mother. So, he asks his mother to leave him alone, and says he will be home till evening.

Mother, scared herself too, but she had to show strength and trust towards her son, she accepts to go. While leaving she said, “Don’t forget to keep your eyes open while falling.” This was the first and last lesson she gave. 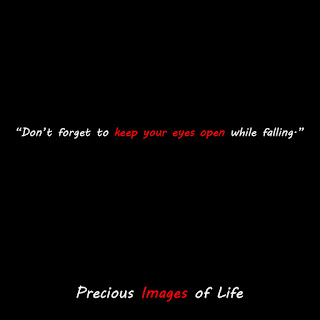 The kid sat down for a long time, tired of the same thoughts, finally vomited all the thoughts. He sat for some more time, this time his mind was calm. Then he stood up on the edge, his heart beats rising, closed his eyes when he was about to jump, this lowered his heartbeats. He remembered the only thing his mom said, keep your eyes open. He opens his eyes at the moment he jumps.

His body temperature was coolest while jumping, and started increasing when he lost his edge. The blood started to boil. The muscles, every muscle was amassing some kind of energy that the muscles couldn’t bear. With every falling inch, every part of his body out filled the potential they could possess. Watching the ground continuously, when he was in the middle he started flapping his wings. But it was not enough, not enough even to reduce the momentum of fall. Soon he realized that he is going to die, just before hitting the ground he flapped his wings so hard that it broke his fall. The speed at which he was falling was at its highest, but just one flap broke that fall. His wide open eyes got filled with confidence, and he waved again with higher intensity. He rose in the air, as soon as he got lifted; he concluded that he learned flying. He became so happy that he forgot to flap his wings more intensely than the previous one, and with that flap, he fell on the ground.

While standing on the ground, he figured the direction towards his home, and decided to walk down the path. While going home, he couldn’t stop thinking about the next time he jumps off an edge. Walking towards his home, he heard some noises and when looked back, realized a snake was approaching him. Now as the snake knew he watched it, it accelerated its movement aggressively. Scared to death, the kid started running. He soon realized that his speed of running was very less compared to the snake. He put all his strengths, and ran as fast as he could. His legs filled with so much potential that he thought his muscles would breakdown. Running for his life, he achieved the speed that his legs couldn’t bear. But that speed was not enough and snake was just inches away. At the moment when the snake put all its efforts to snatch that kid, he transferred all his strengths to its feathers and flapped with the energy that he didn’t knew he possessed. That flap lifted him above the ground, still scared, he flapped again. That lifted him a couple of feet higher. But, this time he was not happy, his body, his mind, his soul, all wanted to go far from that snake. So he flapped again and again, with much greater potential each time. In a few moments he flew higher than the trees. He kept going further, and higher, still the heartbeats to their highest rate. When he went on an appreciable height, he looked down, and he realized what flying really is. He never heard any inspirational stories but he learned how to fly, because he wanted to, and the fear helped him to do.

Fear is the beginning of most inspirational stories 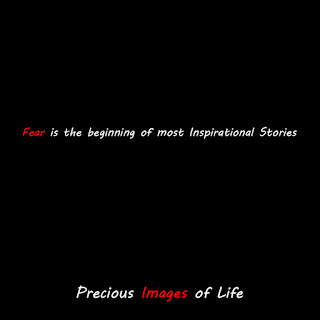 I am not forcing you to go; I am letting you to decide. If you want to do something great, you will have to take this step. If you want to be a great person, you will have to motivate yourself, just like that kid did. Your life will also get normal once you adapt to the new environment, said his father. Now you are scared, and you must be, but that doesn’t mean you should not leave your home. Right now you are on the edge, and if you take a leap, you will learn to fly. 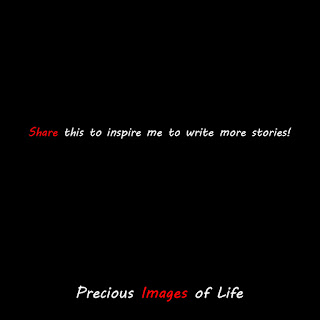 If you liked the story, share it with the people who need a little inspiration, or just need something
good to read.