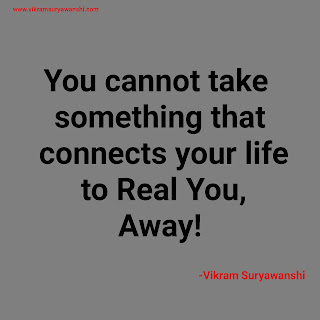 They were still becoming friends, still getting to know each other, still trying hard to remember each other’s’ names. After the long lectures, they all decided to meet at a known place to visit an unknown place of the city. They all met when the day was turning into night. It was the first time they were watching each other in a different shade of light. Three boys and two girls, all choose their favorite seats in the car. The car was of one of the boy’s. They all reached at a place very popular among the college people. They ordered some drinks and starters, talking to each other came an instance when everybody ran out of the topics to speak on. The situation started to fill a feeling of embarrassment in all of them, unnecessary prolonging the subjects, started to make the environment more unpleasant.

Everyone started to force their brains to think of a general topic that will engage every one of them. Looking at the time, one of the boys said; “thank god, we came in a car, it would be very difficult to drive bikes such late at night with the senses half gone.” Everyone agreed with that, at last after a long period there was an issue on which everyone had some stiff views. Anyways do you like bike riding? Asked one of the girl to the guy who initiated the topic. ‘Not much’, was the best answer he could think of in the span of about 2 seconds. To support his statement he added that the comfort level he gets while driving the car is much greater than he could ever get on the bikes; and bike are for boys, cars-for gentlemen.

The other girl asked the same question to another guy. He said he love riding the bikes. And what type of biker are you? The one who rides with moderate speed or who likes to ride in rush? Question arrived from the group. “I like driving in low speed”, “I used to be a hasty driver but things got changed with the time.” He must have met with an accident (with a mocking tone), said the boy who doesn’t like bikes. A smile which he was trying hard to hide confirmed that the taunt was true. It took 10 mins for the group to convince him to share his story.

I was a very confident biker, still a confident biker. But I used to drive at very high speed even when it was not needed. I thought my skills determine the journey, with those skills there was no chance of meeting an accident. But one day I realized that other parameters also contribute to the outcome. For instance, that night it was the first rain of season, which highly reduced the grip on the road, bike wasn’t maintained, and the driver of the car in front of me was not sober, all these things combined together which had the influence greater than my skills. And it was just 10-12 seconds of whole scenario. A moment before I actualized my accident; my confidence was at the top like always, but it was not enough.

Everyone in the gang was satisfied with the story, something real something intact was in the content. With some curiosity in the voice one of the girl asked the third guy about his views on this topic. Sudden enlargement of pupils and spreading of eyebrows suggested that the guy wasn’t ready with his answer. For thinking hard about whether to tell the truth or not; the entire group started to assume that he is now making a false story. I like speed! Which assured the group that, he is now making up story just to oppose the other guy and to make him feel inferior. After that an argument burst and, “There are many things that you still need to learn”, was the terminated sentence.

To support this bold statement, he added that he also faced a big accident. “And I agree with you, it lasted for just 10-12 seconds, it began when I realized that I am now going to fall and lasted just for hardly 10 seconds until I found myself on the ground”. “In those 10-12 seconds I learned the biggest lesson of life- your whole life reviews in front of your eyes, and the last pictures are of the people you truly love and care for- is false. These things are made to make movies and novels more interesting, but it doesn’t happen at all. Or maybe it happens to few people, or everyone, but except me. And I learned that while dying especially in scenarios like that, you feel nothing. The things happen so fast that your mind hardly intercepts the signals given by your body. Even after you stand up from the ground, you don’t feel the pain; you feel it after few minutes. And, when you fall on the ground after few moments you gain your consciousness and you find that you are alive, you feel lucky just because you are alive. You don’t feel lucky because you can see your family again, or because you can meet your loved one, or you can hang out with your friends, or you got one more chance to fulfill your dreams. You just feel fortunate because you are alive, that is the time when you realize that you care about yourself only. That is the purest emotion of humans. And I realized these things after couple of days when I was going through everything that happened to me in those 10 seconds. And I feel guilty about this feeling, the truth that I realized, I was born alone, will die alone, and I was happy for being alive just because I was able to see next morning.”

“We get so obsessed by the emotions of people around us that we often get failed to feel ourselves. I do agree that slow rides of bikes gives us enough time to think about ourselves while enjoying the environment, but riding at the top speed doesn’t allow me to think anything, I am too busy to look out for myself which realizes my stress and makes me realize that how important my life is to ME! And obviously I am aware that it increases the chances of falling again but these things just take me to real me. And you cannot take away something that connects your life with real you.”

Hello everyone, I hope you like this article, any comments on the content are welcomed. And there are more stories coming from me so stay connected, for latest updates please follow me on:

And don't forget to share, because, Sharing is Caring.